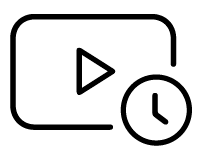 Watch and learn as we demonstrate some release highlights: 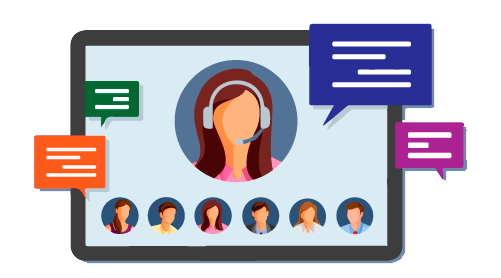 All of the User Interface enhancements, such as UI and diagram themes, and enhanced properties dialogs, are included, along with the new Wireframing support. The specialist tools, such as the Schema Composer, Database Builder and XSLT Debugger require higher editions. For a complete list see our Compare Editions page, under the section New Items in Enterprise Architect 12.

Not from Blueprint, but you can import requirements from DOORS, using the MDG Integration for DOORS.

Not currently. However, you might be interested in our two recent webinars dedicated to reporting in Enterprise Architect 11, which are both still relevant for version 12:

No. Git is not currently supported nor is it in the short-term road map for Enterprise Architect.

Because Enterprise Architect's automation interface is backwards compatible, your add-ins should run in version 12 as in previous versions.

It's available for Mac through Crossover. For details, see the topic Installing Enterprise Architect with Crossover in our installation instructions for WINE.

The main menus in Enterprise Architect 12 logically group new and existing functionality. So features related to a package, for example, appear under the new Package main menu. The specialized tools, such as the Schema Composer, are grouped under the Tools main menu.

The presence of a horizontal scroll bar is actually determined by the Visual Style, available from the menu View | Visual Styles. For example, if you switch to the Visual Studio 2010 style, a horizontal scroll bar is displayed in the Project Browser. There is also an update planned, which will restore manual scrolling in the Project Browser for visual styles that only use the standard Windows scroll bars, such as Visual Studio 2008.

Alternative images can improve the appearance of a diagram and make them easier to read and understand. For example, you can display an image of a Router or PC on an element, replacing the standard UML presentation for that element.

To do this in Enterprise Architect 12:

Customers have reported using a Microsoft Surface device to add notes to diagrams. This does not allow you to create free form diagrams. Unfortunately, the Surface RT device does not run Enterprise Architect.

Yes. Merge Files are compatible with both the file-based model repositories (*.eap, *.feap) and RDBMS-based repositories.

Users can edit the same package concurrently and merge changes using the Merge Files. However, the edits made by each author should be to different elements within that package. As noted in the subsequent responses, if two users edit the same element or diagram, the last changes to be merged will be used in the final model.

The second set of changes will replace the first. No warning is issued, as the merge capability is not intended to be used to enable authors to edit the same elements at the same time. To prevent this scenario, you would still need to use Enterprise Architect's role-based security (locking) and/or version control capabilities. Also the Baseline Compare & Merge feature would still be useful to identify and resolve conflicts in such an editing scenario.

The Merge File capability is ideal in the scenario when users are editing separate parts (as in separate elements, diagrams or sub-packages) within the same containing package.

As mentioned in the previous response, Merge Files are best suited to scenarios where authors will be editing separate diagrams and elements within the same containing package.

No. Enterprise Architect 11 does not have the Merge Sets capability, but it does provide the ability to compare and merge packages based on exported XMI files. The main difference, is that the new Merge files in version 12, prevent you having to manually open each exported baseline and then compare and merge changes item by item.

No, we do not currently support Windows phone, but this is being considered for a future release.

The Schema Composer is designed to work with generic UML Class models to produce XML schemas. It is not intended to be used for relational database engineering.

We are not aware of Enterprise Architect plug-ins specifically for HL7 schema generation. We are interested, however, in input from customers with a view to expanding the built-in set of formats that the Schema Composer currently supports. (The standard formats and models that are currently included with Enterprise Architect are the result of industry engagement.) Please let us know your thoughts regarding additional formats via webinar@sparxsystems.com.

See the Help topic Import XSD. In relation to the Schema Composer, we have been experimenting with an XSD import capability that creates a more traditional class model, at the expense of losing some XSD-specific features.

Yes. Using Enterprise Architect, you can perform XML validation both of documents to be transformed and of XSLT style sheets.

XSLT version 1.1 is supported by Enterprise Architect and was used throughout the webinar.

There are two things to check:

A list of supported databases is provided in the Help topic Supported DBMSs.

See the Help topic Edit DDL Templates. For examples, you might look at the built-in templates for all of the supported target DBMS platforms.

Yes. After you compare differences between the model and the database, you can use the Generate DDL feature, with the option to save the output to file.

In the case of Firebird, the column is dropped. For other DBMS platforms an alter statement is created to adjust the column. For details, see the response to a similar question in our webinar Database Engineering with Enterprise Architect 12.

You can reverse engineer the existing database, to obtain a UML model that targets the original database platform. You can then reset the target platform within the model (right-click the containing package, and choose Code Engineering | Reset DBMS options). Some manual changes will be required to accommodate the DBMS specific differences. Then you can regenerate the database schema for the new platform.

Yes. Note: the DDL code generated from the model may be different between Enterprise Architect 11 and 12.

No. The Enterprise Architect Project Calendar was intended to only manage events for a given project. It was not designed to replace email clients or cloud solutions like Gmail or Exchange. You can however, move a calendar of defined events between projects, using the Export Reference Data and Import Reference Data options.

No. Enterprise Architect's Model Mail facility provides you with the ability to send, receive and respond to messages within the project team, under your User (Role-based) Security ID - either as an individual user or as a member of a group that has a shared inbox. This approach avoids SPAM and can help to improve communication within the project team. Using Model Mail, you can links to diagrams, element discussions and other specific model content in your communications without having leave the modeling environment.

Yes. There is an extension available that supports import and export for Microsoft Project. The export script parses a tree of Packages and Elements and creates a hierarchical tree of Tasks in Microsoft Project.

To learn more about an Enterprise Architect Interface to Microsoft Project, please see the following resource on our Community Site: http://community.sparxsystems.com/community-resources/515-87enterprise-architect-interface-to-microsoft-project.

Yes. You can assign staff resources to a given task or role. For more information and a step-by-step example of how to assign resources, please review the webinar Project Management in Enterprise Architect.

There is a third-party tool that integrates Enterprise Architect with Jira called EA Connector for Jira.

You can use Microsoft Team Foundation Server (TFS) as a version control provider for Enterprise Architect. For more information, see the Help topic Create a TFS Environment.